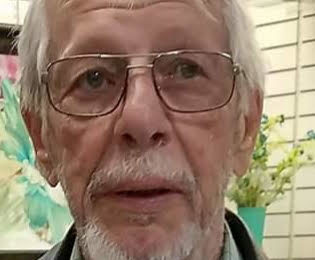 Ronald “Ron” Martin, 74 of Redwood Falls entered Eternal Rest on March 23rd,  at Lakewood Health from complications of Lewy Body Dementia, with his family by his side.  A Mass of Christian Burial will be held at a later date.  Stephens Funeral Service – Redwood Valley Funeral Home assisted the family with arrangements.

Ronald  “Ron” Martin was born May 11th, 1945 to Walter and Helen (Kline) Martin in  Buffalo Lake, MN.  He was baptized along side his sister Gail in rural Franklin and confirmed at Trinity Lutheran Church in Lucan, MN.  He began working at a very young age at a chicken hatchery and then with a tiling company.   After graduating from Milroy High School in 1963 he began his career at Redwood County Telephone Company.  At age 18 he met the love of his life, Connie Goche.  They were united in marriage on August 21, 1965, at Our Lady of Victory Catholic Church in Lucan, MN.  After 25 years he and his family moved to Redding, Ca where they owned and ran a Christian wholesale book business for 20 years.  During his time in California, his family built a home surrounded by three mountain ranges.  Also all of his grandchildren were born, the lights of his life.  He enjoyed each of them, teaching them how to wash cars,  mow lawn and many other things.  He didn’t miss any of their activities.  In 2007, Ron and his wife moved back to Minnesota where they owned and operated Connie’s Hallmark Shoppe and Gift Gallery in Redwood Falls for over 11 years.  Ron was diagnosed with Lewy Body dementia, a cruel disease.

Ron enjoyed stock car racing, mens softball (manager and pitcher for many years)  league bowling with his wife. While in California, his most favorite place to be was by the ocean. He enjoyed the outdoors, doing yard work, etc.   He was a member of St Anne’s Catholic Church in Wabasso, MN and Sacred Heart Catholic Church in Anderson, CA.

He is survived by his beloved wife of almost 55 years, his son Dean (Lisa) of Vesta, MN, his daughter, Tami of Minneapolis, MN. Grandchildren Gabriel and Paris, of Vesta, MN. Chance (Nina) and Cheyenne of Redding, CA. Jordane of Portland, OR. Great Grandchildren, Connor of Redding CA. and Grant of Portland, OR.  Sisters, Gail (Gordy) Werner and Mona (Greg) Witt. He is preceded in death by his son Scott, his parents Walter and Helen, his in-laws Dennis and Marcella Goche, his brother-in-law Steven Zick, his nephew Jason Goche and many other relatives and friends.

Blessed by his memory