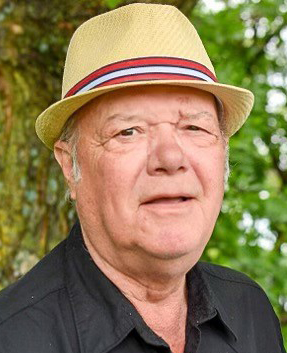 Memorial Service will be held at the Sturm Funeral Home, Sleepy Eye Chapel, on Friday, August 13, 2021 at 11am. Deacon Mark Kober will preside over the service.

Interment will be held at the Home Cemetery in Sleepy Eye.

Online condolences may be left for the family at www.sturmfh.com

Roman Jerome Landkammer, Sr. was born on December 31, 1947, in Springfield, MN to Leo & Fern (Smith) Landkammer. Roman attended local high schools. In 1965 he enlisted into the U.S. Navy and served until February of 1971 when he was honorably discharged. While he was enlisted, he married Kathryn Waibel of Searles on January 8, 1966. After the service Roman & Kathy moved back to Madelia, Minnesota. Roman worked at Kato Engineering for several years and then moved to Sleepy Eye where he worked at A.J. Peitrus and Sons. He worked at the plant until it closed in 1993. He then took a job at AUI in Sleepy Eye, where he worked until his retirement. After retirement Roman enjoyed visiting and having coffee with the local garage service guys at Red’s Garage for many years. You could also see Roman on his one, two, or even three drives around town…just checking things out or scooting around uptown on his blue scooter. Roman enjoyed going out to dinner with his wife and family. During the holidays he liked playing cards and poker with the grandkids. He wasn’t the best bluffer and would usually lose. Roman also enjoyed playing the slot machines at Jackpot Junction in hopes of “hitting the big one”, which he did a few times.