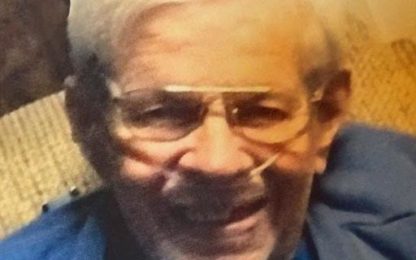 Robert C. “Bob” Schmidt, age 84 of Westbrook, passed away Thursday, February 13, 2020 at the Sanford Westbrook Hospital.  Memorial Services will be held at 10:30 a.m. Tuesday, February 18, 2020 at the Westbrook Funeral Home.  Visitation will be one hour prior to the service at the funeral home.  Online condolences may be sent at www.stephensfuneralservice.com.  Stephens Funeral Service – Westbrook Funeral Home is assisting the family with arrangements.

Robert C. “Bob” Schmidt was born October 1, 1935 in Sioux Falls, South Dakota to Ralph and Mavis Schmidt.  He graduated high school in Sioux Falls.  Bob worked for the Axtel Park Junior High School District in Sioux Falls as a custodial foreman for 32 years.  After his retirement, Bob was united in marriage to LaRita Kay (Myers) Ott on November 13, 1988 at Trinity Lutheran Church in Westbrook.  They have made their home in Westbrook ever since.  Bob enjoyed completing word finds and puzzles, and loved his candy.  He was an avid fan of the Dallas Cowboys and the New York Yankees.

Bob is survived by his wife, LaRita of 32 years; children: Kathy, Carrie, Tom, Carolyn, Joseph, and Jon; stepdaughter Debra; 21 grandchildren; numerous great-grandchildren; sister Beverly of Sioux Falls; and many other relatives and friends.  He is preceded in death by his parents, and brother Ralph Schmidt.