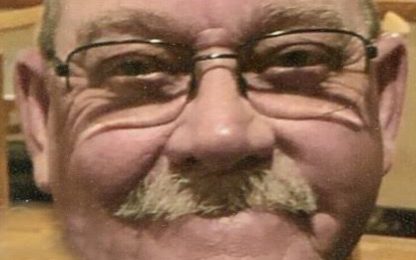 Robert “Bob” Ferguson, age 65, of Olivia, MN died on Monday, August 23, 2021 at Abbott Northwestern Hospital in Minneapolis. A memorial service will be Tuesday, August 31, at 10:30 a.m. at St. Matthew’s Lutheran Church in Danube with Rev. Michael Kuschel officiating. Burial will be in the St. Aloysius Catholic Cemetery in Olivia. Visitation is Monday, August 30, from 5 to 7 p.m. at Dirks-Blem Funeral Home in Olivia, with a prayer service at 6:45 p.m. Visitation will continue on Tuesday for one hour prior to the service at the church.

Robert Michael Ferguson was born on February 13, 1956 to Ray and Mary (Thoenebe) Ferguson in Olivia, MN. He was baptized and confirmed at St. Matthew’s Lutheran Church in Danube. Bob graduated from Danube High School in 1975. During his senior year, he joined the National Guard and served his country for 17 years. Bob was a hard worker and a “man of all trades;” he worked various jobs in agriculture and worked for the City of Olivia for 13 years. On September 22, 1979, Bob was united in marriage to Joy Kubesh at the St. Aloysius Catholic Church in Olivia. Their marriage was blessed with four children. Bob was a family man, whether it was family holidays or just having the grandkids over to swim in his pool, the time spent with them brought him much joy. His favorite holiday was the 4th of July when he would put together the best firework show for his family. He enjoyed being outdoors camping and hunting; although he was never successful in bringing a deer home, he still went most years when he was younger. He loved tending to his vegetable garden; his job was to do the weeding and gathering while Joy did the canning. Bob was a perfectionist that believed that if you were on time, you were late so even when told a later time he would still be early. Bob will be remembered for his welcoming nature and kind heart that took care of those he loved.

Bob is survived by his wife, Joy; his children: Jennifer Hansen of Baxter, Todd Ferguson of Winthrop, Luke (and Becky) Ferguson of Danube, and Adam (and Blanca) Ferguson of Olivia; his 10 grandchildren: Holly, Chandler, Ericka, David, Hailey, Meah, Fur-grandbaby Joey, Emma, Robert, and Aubree; his siblings: David (and Trude) Ferguson of Corpus Christi, TX, Pat Dillon of Olivia, and Rick (and Tammy) Ferguson of Danube. Bob was preceded in death by his parents, Ray and Mary; and his brother-in-law, Michael Dillon.