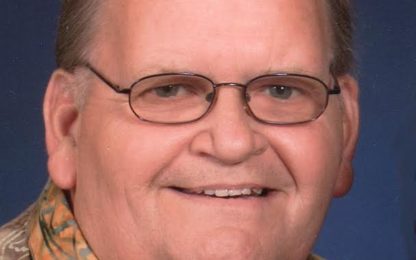 The funeral service for Robert “Bob” Brown, 74, of Belview, formerly of Morton, will take place at 1:00 p.m. on Friday at the First Presbyterian Church of Redwood Falls.    A walk through visitation will take place on Thursday from 4:00 p.m. – 6:00 p.m. at the church.  Interment will take place at a later date at the Beaver Falls Cemetery in Beaver Falls, MN.  A recording of the service will be available at www.sunsetfuneralassociation.com.  Masks are required at all indoor events and social distancing guidelines will be followed at all times.

Robert Earl Brown was born on April 1, 1946, in Minneapolis, MN, to Earl and Viola (Tramm) Brown.  He grew up in Beaver Falls and graduated from Morton High School.  Bob attended the Minnesota Bible College in Minneapolis.  On June 19, 1971, he was united in marriage to Barbara Johnson.  The couple made their home and raised their sons in Rural Morton on Bob’s family farm.  Bob worked for Specialty Engineering for a time.  In January, 1972, he went to work for REM and provided service as a Caregiver and House Supervisor until his retirement in 1998.

Bob was an avid singer.  He sang at church, in many weddings and funerals, and provided music ministry in his younger years.  He also enjoyed reading and was passionate about his family.  In September, 2005, he received a liver transplant.  In February, 2008, he received a kidney transplant.  Due to difficulties with his kidneys, he began receiving healthcare in the Twin Cities in May, 2000.

Robert died on Saturday, February 6, 2021, at the Estates of Bloomington in Bloomington, MN.  He is survived by his wife, Barbara Brown, of Belview, sons Adam Brown of Mankato and Todd Brown of Coon Rapids, grandchildren Christian, Malik, Kenyon, Amaria and Amir.  He was preceded in death by his parents, Earl and Viola, siblings, Janet and Dick, in-laws Myron and Leona Johnson and brother-in-law Ron Johnson.