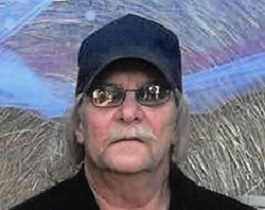 Ricky “Rick” Hempel, age 65 of Franklin formerly of Morton, passed away unexpectedly Sunday, February 6, 2022 at Carris Health – Redwood Hospital in Redwood Falls.  Funeral Services will be held at 1:00 p.m. Thursday, February 10, 2022 at Redwood Valley Funeral Home in Redwood Falls.  Visitation will begin at 10:00 a.m. Thursday and will continue until the time of the service.  Interment will be in the Morton City Cemetery.  Online condolences may be sent at www.stephensfuneralservice.com. Stephens Funeral Service – Redwood Valley Funeral Home is assisting the family with arrangements.

Ricky “Rick” Owen Hempel was born August 11, 1956 to Alice (Riebe) Loken in Delhi, Minnesota.  He was raised by Alice and Hendrick “Hank” Loken in Morton.  Rick attended Morton High School and was in the class of 1975.  On August 11, 1984, he was united in marriage to Lana Larsen.  To this union, their daughter Alyss M. Hempel was born.  He began dating DeAnna Johnson in 2005, and after many years of being together, the couple was united in marriage on September 16, 2017.  To this union, Rick gained four bonus children, Brandon & Britni Bernardy and Emily & Jesse Ahrens.  Rick worked for Hud Housing for 25 plus years, then in 2007, he bartended for the Franklin Depot and the Longbranch Saloon in Franklin.  For many years, he shot pool and threw darts in league.  He was an avid bingo player along with his wife at Jackpot Junction Casino.  You know you could always look forward to his annual catfish parties at home.  Rick enjoyed watching Nascar racing, along with owning the Redwood Falls Speedway for a couple of years.  At the Longbranch, he was well known for his ribs.  At home, anything he ate, he made into a sandwich.  When Rick was not working, he enjoyed camping and spending time at the lake with his family, while drinking Bud Lights.  Most of all, he was a proud grandpa.  He loved all the moments he was able to spend with each of his grandchildren.