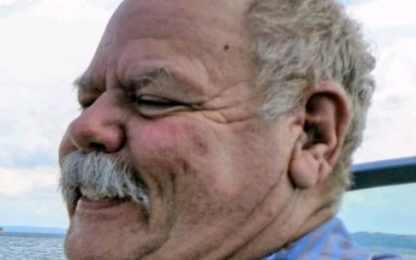 Rick Nelson, age 64 of Revere, passed away Saturday, March 14, at Our House Hospice in Slayton surrounded by family. Private family services will be held. In lieu of flowers, memorials are preferred to Hospice House in Slayton. Online condolences may be sent at www.stephensfuneralservice.com.  Stephens Funeral Service – Westbrook Funeral Home is assisting the family with arrangements.

Richard “Rick” Alan Nelson was born April 25, 1955 to Nuel and Doris (Mathiason) Nelson in Tracy, Minnesota.­ He graduated from Walnut Grove High School in 1972 and continued his education at Jackson Vo-Tech.  Rick was united in marriage to Sue Baumann for 17 years and from this union three daughters were born.  Rick worked for Westbrook Ag, formerly Seeger and Boeck, for 42 years.  He was also the gambling manager for the VFW. Rick was a volunteer fireman for 21 years and an EMT.  He was a member of a race care pit crew and helped rebuild engines.  He also helped his brother assemble bear traps for many years.  Rick enjoyed collecting guns, reloading shotgun shells, and shooting with his kids and grandkids. He was a member of the trap shooting league in Slayton.  Rick also knew the importance of gun safety and taught it to others for many years.  He loved hunting, camping and fishing.  Rick enjoyed traveling, especially his fishing trips to Canada and in the U.S.