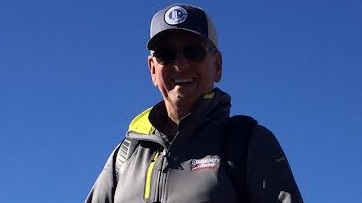 Richard Thomas Ryan was born in Hartford, Connecticut to Thomas and Arlene Ryan on November 29, 1953.  He grew up with four siblings – Randy, Ron, Kathy and Lisa in Olivia, MN. He graduated from Olivia High School in 1972. He married his high school sweetheart Cindy (King) on May 17, 1974.  Their son Benjamin was born on December 22, 1976 and then they perfected their family with the birth of their daughter JoDee on December 28, 1981.  Rick and Cindy raised their family in Danube, MN.They most recently resided in Willmar, MN and loved to snowbird to their winter home in Mesa, Arizona. Rick started his career as a chef and then worked in construction. He then worked several years as a truck driver and retired from FedEx.

Rick treated everybody he knew with nothing but kindness and love.  He was a selfless, reserved person who found absolute joy in being surrounded by his family. Rick’s children and grandchildren were his pride and joy, and his favorite moments with them included golfing, hiking, biking, fishing, and visits to the zoo. He was best known for his love of hiking the mountains of Arizona, enjoying the tranquility of Hawk Creek,maintaining impeccable yard(s), and taking a Sunday evening cruise in his truck to the Dairy Queen. The stone cairns he created and left every place he held dearremind those closest to him of the kind, gentle-hearted man they will forever miss.

Rick is preceded in death by his parents Tom and Arlene Ryan, his oldest brother Ron Ryan and his father and mother-in-law, Vern and Doris King. He is survived by his wife Cindy, son Ben (and Stef), daughter JoDee (and Jon) Driggs of Renville; his grandchildren Andrew Bulthuis, Thomas, Levi and Oliver Ryan, and Jon Jr. and Juul Driggs; his brother Randy (and Terri) of Spicer, his sister Kathy (and Mark) Haen of Atwater and his sister Lisa of Olivia, MN, along with many nieces and nephews.