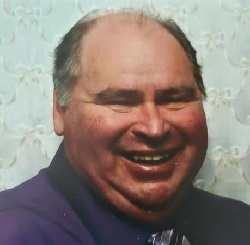 Richard Ervin Mahal, of Moclips, WA, formerly of Wabasso, MN, passed away Saturday, November 13, 2021 at UW Medical Center-Montake, Seattle, WA. Richard was born in Springfield, MN on January 18, 1946 to Werner and Helen (Kretsch) Mahal of Wabasso.  He was baptized and confirmed at St. Anne’s Catholic Church, Wabasso, and graduated from St. Anne’s Catholic High School. Richard then attended and graduated from Mankato Business College, while also becoming a member of the Minnesota National Guard.

In 1967 Richard moved to Seattle, Washington, where he met and in 1968 married Jennifer Smith. Richard and Jennifer returned to Minnesota where they settled in Wabasso and raised four children. On November 15, 2011, Richard and Fayanne Perrine were married.  The couple lived between Moclips, WA and Arizona before settling in Richland, WA and Moclips.

There was nothing Richard could not sell, from lumber to needlework to farm equipment and other commodities.  He and Jenny owned The Homestead Cafe, Supperclub, Bar and Catering Service for over ten years. Richard also loved his family and friends.  He was always talking and visiting with someone. He enjoyed wintering in AZ, 4 wheeling and garage saling with friends. During the summer he enjoyed the cool ocean breeze at his home in Moclips that overlooked the ocean. He enjoyed flower gardening, painting, sunsets over the ocean and keeping tabs on his children and grandchildren all over the US.