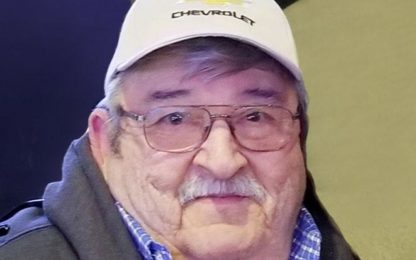 Richard C. Albertson, age 81 of Westbrook, passed away Sunday, September 19, 2021 at his home of natural causes.  Public Visitation will be held 9:30-11:00 a.m. Friday, September 24, 2021 at Westbrook Funeral Home with a Private family service to follow.  Interment will be in the Storden City Cemetery.  Online condolences may be sent at www.stephensfuneralservice.com.  Stephens Funeral Service – Westbrook Funeral Home is assisting the family with arrangements.

Richard C. Albertson was born February 20, 1940 to Russell and Bertha (Cazett) Albertson in Highwater Township, Cottonwood County, Minnesota.  He graduated from Lamberton High School in 1958.  Later he enlisted in the U.S. Navy and served from 1958-1960.  Richard served on the USS Kearsarge during the Korean Conflict.  After his honorable discharge, he returned to Westbrook.  After returning from the service, Richard was united in marriage to Nancy Ellen Cohrs on July 22, 1961. This marriage was blessed with three wonderful children Tammy, Danny, and Joan Marie. He worked for many local electricians, before starting his own business, A&W Electric, with Kenny Wahl.  They serviced the local community for several years.  Richard was very active in the Westbrook Community.  He was the Westbrook Fire Chief and helped rescue many people during a major snowstorm.  Richard also belonged to the Westbrook VFW and the Jaycees.  To pass the time you could often find him playing pull tabs, golfing or fishing. He enjoyed boating, hunting, and snowmobiling.  Richard loved spending time with his three wonderful children and their families.

Our dad took ill in December 2008 and had struggled with many health issues since.  Randy and Peggy, our dad’s best friends and neighbors, will forever be remembered in the care that was given to our dad and our children’s Papa Rich.