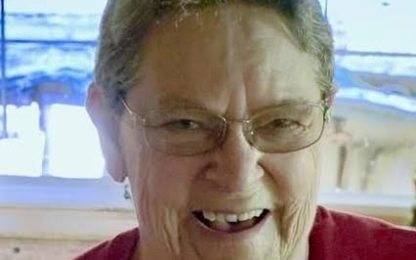 Rena Adeline Ose, age 76 of Redwood Falls, formerly of Ose Mtn., passed away Thursday, May 14, 2020 at Abbott Northwestern Hospital in Minneapolis due to complications from heart surgery.  According to Rena’s wishes, no services will be held.  Her ashes will be scattered on Ose Mountain in Alaska.  Online condolences may be sent at www.stephensfuneralservice.com.  Stephens Funeral Service – Redwood Valley Funeral Home is assisting the family with arrangements.

Rena Adeline Ose was born November 25, 1943 to Wilfred and Marie-Jeanne (Hache) Daigle in Fredericton, New Brunswick, Canada.  In her early adult life, she setup shops for manufacturing clothes in Canada.  Rena married Duane Ose and moved with him to Ose Mountain, where together they built their log home with their own hands.  Duane had been the last federal Homesteader to file in the United states under Federal Homestead Act 1862 signed by Abraham Lincoln.  This allowed Duane and Rena to claim their land near Denali National Park, Alaska, which they named Ose Mountain.  Their legacy, which is showcased on the TV series, Win the Wilderness Alaska, will be carried on by Mark & Emily.  Not afraid of hard work, Rena peeled 2,000 logs on her own during construction of their home.  Rena was a skinner and taxidermist for every animal Duane trapped.  She had no problem settling into the survivalist lifestyle.  Rena not only worked hard outdoors, but indoors too as an excellent quilter, seamstress, and cook.  Rena loved her daily visits from the wildlife, including the bears, grouse, squirrels, Jake the Raven, Foxy the red fox, Felix the lynx and Blackie the black wolf.