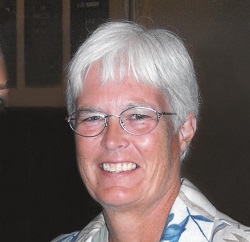 Rachael Soleta, age 69 of Walnut Grove formerly of Montevideo, passed away Wednesday, January 12, 2022 at Sanford Sioux Falls Hospital.  A Visitation will be held 4:00-7:00 p.m. Wednesday, January 19, 2022 at English Lutheran Church in Walnut Grove with a prayer service at 6:30 p.m.  Online condolences may be sent at www.stephensfuneralservice.com.  Stephens Funeral Service – Walnut Grove Funeral Home is assisting the family with arrangements.

Rachael Soleta was born August 3, 1952 to Alfred and Esther (Qualm) Kvamme in Eldora, Iowa, while her father was serving the congregation in Radcliffe, IA.  She was baptized and confirmed in the Lutheran Faith.  In January of 1966, her family moved to Windom, Minnesota, where Rachael graduated from Windom High School in 1970.  Rachael worked part-time in the Mix Bakery in Windom during her high school years.  This is where she learned to be a great bread maker.  In the fall of 1970, she attended Waldorf College in Forest City, IA and graduated in the spring of 1972.  When she was young, she enjoyed cats. She had a black cat with white markings that she would often cuddle with on the couch. Rachael enjoyed the several camping trips she took with her family at a young age. She enjoyed gardening both flowers and vegetables.  You could often find her baking, reading or sewing quilts for family members.  Rachael loved spending time with her family.  Her children, and grandchildren, were her pride and joy.