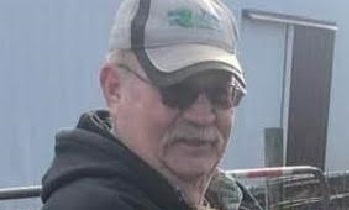 Service will be held at the Sturm Funeral Home, Sleepy Eye Chapel, on Saturday, March 13, 2021 at 1:00 pm. COVID-19 guidelines will be followed, including the use of masks, social distancing and limiting capacity.

Military Honors will be provided by the Sleepy Eye Honor Guard.

Interment will be at a later date.

Arrangements are with the Sturm Funeral Home in Sleepy Eye, Minnesota.

Paul C. Nuytten was born on May 19, 1949 in Marshall, MN to Mary (Senden)  and Joseph Nuytten. He grew up in rural Marshall on a farm where he learned to love the land and began his lifelong devotion to raising Columbia sheep. He graduated from Marshall Central High School in 1967. Paul then attended Pipestone vocational school where he earned a degree in carpentry. He entered the US Navy where he served honorably in the SeaBee’s from 1970-1972. While in the SeaBee’s he served in Panama, Guantanamo Bay, Cuba and Vietnam. Paul was united in marriage to Jane Simmons on May 15, 1971. They settled in Sleepy Eye, Minnesota in 1977 to raise their 3 children; Laura, Matt and Marcy. He worked as a carpenter/foreman and member of the local 464 Mankato Carpenter and Joiners Union for 45 years, while also raising Columbia sheep. Paul and Jane moved to their 10 acre farm in 1981, he was passionate about his hobbies which were vast. He was skilled at working with wood. If you ever got something he built you knew it was papa built-heavy and made to last. He loved sharing the apples which he took great joy in growing and making into cider with his homemade apple press. Along with his beloved sheep, he raised goats with his grandson and Scottish Highlander cattle. Paul was a very devoted grandfather and believed his greatest treasures were his 5 grandchildren.  It was often heard in the Nuytten household “just ask Papa, he’ll say yes.” ‘Papa’ was a gentle giant that will be greatly missed and dearly remembered by his loving wife, children, and grandchildren.

He is survived by his wife of 49 years, Jane; daughter Laura (and Snoopy) Platz (children Jaden, Brianna, and Jacob) of Springfield; son Matt (and Bobbie) Nuytten (children Lexi, and Amelia) of Lake Crystal; daughter Marcy (and fiancé Dave Nelson) of Marshall and his faithful 4-legged chore companion Hank.  Also survived by his brothers Alan of Tampa, Florida,  John (Lynn) of Marshall, in-laws Steve (Carol) Simmons of Marshall, Roberta (Bill) Borchert of Shoreview and several nieces and nephews.  He is preceded in death by his parents, infant sister Monica, and in-laws Robert and Betty Simmons.