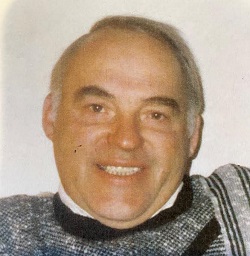 Orville Cornelius Molenaar was born on April 11, 1943, to Clarence and Lena (Strey) Molenaar.  Orville graduated from Danube High School in 1961. Upon graduation, he enlisted and served in the United States Army. He was a proud member of the Danube American Legion Post 227.  Orville married Elaine Braun on March 24, 1964, at Blomkest Baptist Church.  Orville and Elaine resided on a farm in Crooks Township and farmed until retiring in 2005. Following his retirement, they moved to Renville and have resided there since. Orville enjoyed reading, attending auctions, collecting antiques, going to garage sales, dancing, and Polka music.

Orville is survived by his wife of 57 ½ years Elaine, his son Mark Molenaar of Renville; his grandchildren: Jaxton, Adriana, and Peyton; his siblings: Roger (and Sandy) Molenaar, Chuck (and JoAnne) Molenaar, Marlena (and Mark) Hillemeier, and Linda (and Paul) Sorensen; several nieces, nephews, and other relatives and friends.  He was preceded in death by his parents and his son Michael Cornelius Molenaar.