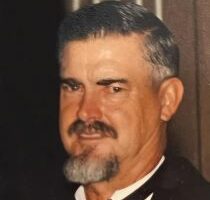 Orman B. Fixsen Jr., age 79 of Winfred, SD, passed away Wednesday, December 28, 2022 at St. John Lutheran Home in Springfield.  Due to Weather Conditions Funeral Services will be held at 1:00 p.m. Friday, January 6, 2023 at Redwood Valley Funeral Home in Redwood Falls.  Visitation will be one hour prior to the service at the funeral home.  Interment will be in the Redwood Falls Cemetery.  Online condolences may be sent at www.stephensfuneralservice.com.  Stephens Funeral Service – Redwood Valley Funeral Home is assisting the family with arrangements.

Orman B. Fixsen Jr. was born April 10, 1943 to Orman B. and Margery (Swartz) Fixsen Sr. in Sheridan Township, Redwood County, Minnesota.  On January 30, 1965, Orman was united in marriage to Sandra Schewe in Seaforth, Minnesota.  They were blessed with two children.