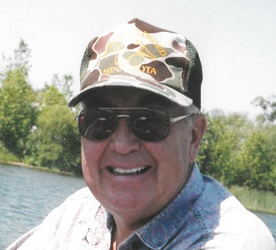 Norman E. Evers, age 81 of Echo, passed away Saturday, October 23, 2021 at the Granite Falls Hospital.  A gathering of family and friends will be held at a later date.  Online condolences may be sent at www.stephensfuneralservice.com.  Stephens Funeral Service – Redwood Valley Funeral Home is assisting the family with arrangements.

Norman E. Evers was born May 23, 1940 to Emil and Dora (Koster) Evers in Slayton, Minnesota.  He grew up in the Fulda area.  In his younger years, he was the pitcher on his local baseball team.  Norm farmed and raised hogs as a living.  He enjoyed sharing his musical talents  by singing in his local church choir.  His love of music continued when he sang with the Marshall Men’s Chorus and the Barbershop with West Central Connection Chorus.  When he wasn’t singing, you could often find Norm fishing, camping or hunting.  Norm always enjoyed a good dry joke and loved spending time with this family and many friends.