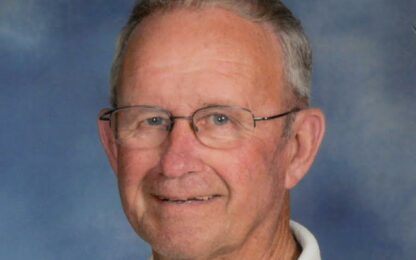 Nick J. Fischer, age 84 of Wabasso, passed away peacefully Monday, November 15, 2021 at Serenity Suites in Wabasso surrounded by his family.  Mass of Christian Burial will be held at 10:30 a.m. Friday, November 19, 2021 at St. Anne’s Catholic Church in Wabasso with a livestream on Stephens Funeral Service Facebook page.  Visitation will be 4:30-7:00 p.m. Thursday, November 18 at the church with a prayer service at 4:00 p.m. and Rosary to follow.  Visitation will continue one hour prior to the service at church on Friday.  Interment will be in the St. Anne’s Catholic Cemetery. Online condolences may be sent at www.stephensfuneralservice.com. Stephens Funeral Service – Redwood Valley Funeral Home is assisting the family with arrangements.

Nick J. Fischer was born October 9, 1937 to Nick and Agatha (Pelzel) Fischer on the family farm south of Wabasso.  He received the sacraments at St. Anne’s Catholic Church in Wabasso.  Nick attended St. Anne’s Catholic School and graduated in 1955.  He was a star athlete in high school and played at the State Catholic Basketball tournament in 1954 and 1955.  After graduation he started his farming career.  He farmed until the fall of 2019, when he retired.  On July 3, 1958, Nick married the love of his life Susie Ludewig at St. Mathias Catholic Church in Wanda.  Together the couple made their home on the family farm south of Wabasso where they lived their entire married life. To pass the time, Nick would drive around checking the crops.  He enjoyed traveling to multiple places such as Washington DC, Gettysburg and Duluth.  Nick made a trip to see Pope Francis.  One of his greatest joys was to attend a Notre Dame Football game with family.   Nick was very active in the Wabasso area.  He belonged to St. Anne’s Parish Board and Wabasso Lions Board.  He was a strong supporter of San Lucas Missions, where he made two trips to Guatemala.  Nick enjoyed attending the state boys basketball tournament for many years.  You could often find him reading, especially history books.  Nick loved animals, visiting family and going to his grandkids events.

The family would like to extend a special thank you to Dr. Schmit-Cline, nurse Shari and the Serenity Suites staff for their love and care of Nick these past two years.