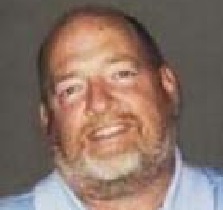 Service will be held at the Springfield Area Community Center on Saturday at 11:00 am.

The clergy will be Chaplain Noel Wetter. Interment will be at St. Raphael’s Catholic Cemetery

Memorial preferred to NSTRA, to establish an annual trial in Mike’s honor.

Michael Ryan was born on January 18, 1958, in Springfield, MN, the son of James and Elaine (Karow) Ryan. He grew up in Springfield and graduated from Springfield High School in 1976. Mike was a good athlete and participated in wrestling and track. He attended Brown Institute and worked at Aslesen’s Restaurant Supply. Mike met Jacquie Walker in the computer room at work and the couple was married on February 17, 1979. They lived in Jordan where Mike worked for IBM. Jacquie died on Oct. 22, 2011. Mike was currently employed by Rocket Software. He was an active member of NSTRA (National Shoot to Retrieve Association) where he met many good friends. Mike enjoyed working with hunting dogs, especially German Short Hairs and Brittany’s. He recently moved to Devils Lake, ND where he built his dream home to hunt and fish.

Mike died on Tuesday, February 9, 2021, at the University of Minnesota, East Bank in Minneapolis, MN at the age of 63.
He is survived by his siblings – Pat (Therese) Ryan of New Prague, MN, Richard Ryan of Hixton, WI, Tim (Loree) Ryan of New Prague, MN, and Tamara Klint of Hayward, WI; many nieces, nephews, great nieces and great nephews. Mike was preceded in death by his parents; wife – Jacquie in 2011; a brother-in-law – Gregory Klint in 2007; nephew – Calvin; and a great niece – Kylie.