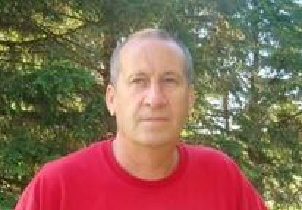 Mark “Mouse” Gregory Anderson, age 60 of Bemidji, formerly of Morgan passed away February 16, 2021 at his home.

Mark was born July 7, 1960 to Lewis & Verna (Kerkhoff) Anderson.  He was baptized at St. Michael’s Catholic Church and attended St. Michael’s Elementary School.  He graduated from Morgan High School in 1978.  Mark worked at various jobs until his health began to fail.  He was an avid Viking, Twins and NasCar fan and a devoted poker player.  He moved to Bemidji in 2013.

He was proceeded in death by his parents, brothers Gregory (in infancy), Robert “Bobcat”, in-laws Percy Anderson and Don Piepenburg.

A Celebration of Life is being planned for later this Spring.