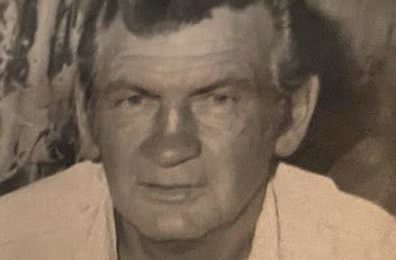 Mark C. Berg, age 89 of Washington, formerly of Clements, MN, passed away from Lung Cancer on August 13, 2021 in Skagit Valley Hospital, Mount Vernon, WA, with Marilyn Czapiewski, his life companion of 33 years, and his youngest son Guy by his side.  A private family service will be held at Peace Memorial Cemetery outside Redwood Falls on September 19.  Online condolences may be sent at www.stephensfuneralservice.com. Stephens Funeral Service – Redwood Valley Funeral Home is assisting the family with arrangements.

Mark C. Berg, son of Albert & Julia Berg, was born July 4, 1932.  He was raised on a farm near Clements, MN.  Mark served in the Army in the Korean War and received an honorable discharge October 1960.  After his service in the army, he learned the craftsman art of plastering and then started Berg Brothers Plastering in Gaylord, MN along with his younger brother Tyrone.  He later moved to Camano Island, WA and purchased a home where he could work on old cars, raise chickens and enjoy nature outside his backdoor. All of this brought Mark great joy.  He loved hunting, nature and watching sports.  Hard work was a virtue of Mark’s. He maintained his hard work ethic, tough exterior, fighting spirit and sense of humor to the very end.