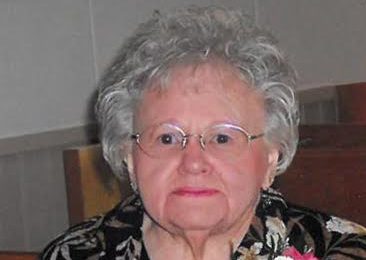 Marilyn Jean (Bartz) Schwab Vogl, age 85 of Morton, passed away suddenly on Tuesday, May 5, 2020 at Carris Health – Redwood Hospital in Redwood Falls.  Private family services will be held.  Interment will be in the Morton City Cemetery.  Online condolences may be sent at www.stephensfuneralservice.com.  Stephens Funeral Service – Redwood Valley Funeral Home is assisting the family with arrangements.

Marilyn Jean (Bartz) Schwab Vogl was born December 11, 1934 in Norfolk Township, Renville County, Minnesota to William and Leona (Fogel) Bartz.  She graduated from Morton High School in 1952.  Marilyn married Joseph Schwab, and to this union 3 daughters were born.  She later married Don Vogl.  Marilyn baked many cakes for weddings, graduations and other occasions, retiring in 2007.  She also worked at the school lunch program.  Marilyn was involved with a cookie exchange, card groups, Red Hat Society, Senior Citizens’ Center, and was a Lioness.  Her grandchildren were very special to her, and she played a big role in their lives by helping raise them.  Marilyn was a faithful attendee of Zion Lutheran Church in Morton.  She enjoyed sewing, and was active with the Presbyterian Quilt Club in Redwood Falls.  She also made many lap quilts and masks for a local nursing home.  Shopping, decorating for all of the seasons, and making greeting cards were a few more hobbies of Marilyn’s.  She was a proud breast cancer survivor, and greatly enjoyed spending time and having coffee with her friends.

Marilyn is survived by her children: Bernadine (Tim) Herman of Watertown, SD, Lois Schwab of Morton, and Linda Schwab (significant other Loni Lund) of Franklin; grandchildren: Elliott & Allie Schwab; great-granddaughter Arianna Stephel; and many other relatives and friends.  She is preceded in death by her parents, husbands Joseph Schwab and Don Vogl, brothers: Robert, Arnold & Don, sisters: Grace, Rose Marie & Mildred, and several brothers-in-law and sisters-in-law.