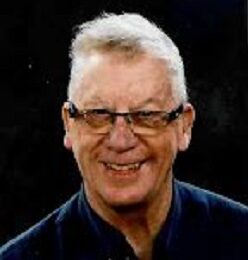 Loyal Walker Fisher was born on November 11, 1942 in Ogdensburg, New York to Robert and Florence Fisher and passed away on October 23, 2021.  A visitation will be held at the Renville Community Center on Saturday, November 6 from 1:00 p.m. to 4:00 p.m. with a brief memorial service at 2:30 p.m.  Interment at the Benson Cemetery will occur later.  Arrangements are with Dirks-Blem Funeral Service, Renville, Minnesota.

Loyal was raised on the family dairy farm in Madrid, New York.  He was preceded in death by his two older siblings, Don and Agnes, and has a younger sister, Nancy Avery.  He was inducted into the Madrid-Waddington Athletic Hall of Fame as a member of the 1955 -1959 undefeated basketball team.  Upon graduation in 1964 with a degree in Dairy Science from Cornell University, he joined the Peace Corps and was sent to Thailand.  He and his wife, Esther Leddin, met in training at Hilo, Hawaii, and were married in Bangkok, Thailand, on April 4, 1965.

After two years in Thailand, they returned to Loyal’s home high school where he taught agriculture for one year.  Then he taught for three years in Starbuck, Minnesota.  From 1970 until 1998 he taught agriculture and science at the Renville area high school system and was the advisor for the local FFA chapter.  Loyal mentored multiple state FFA officers and led teams to state and national level competitions.  He once said, “FFA has been a good way for me to see the kids on a more personal level.  It has been a good way for me to build relationships.”  After retirement, he taught agriculture at KMS High School for one year when they had a critical need.

Loyal was a supervisor of the Renville County Soil and Water Conservation District starting in 1998 and Co-Director of Area 6.  In 2004, he was elected Vice President of the MASWCD.  He was awarded State Supervisor of the Year in 2008.

Loyal said that Jesus Christ was the most influential part of his life.  “I think that Jesus’ love is what helped me love the kids even more.  I look at His life as an example of how I should live mine.”  He was a member of the Refuge Church in Willmar where he was a deacon and vice-chair of the church and had great love for the people of his church home.

Loyal’s family thanks the caring and compassionate staff at the Olivia Hospital and the Olivia Rehabilitation and Healthcare Center.  In lieu of flowers, memorial contributions may be made to the RCW FFA or Refuge Church in Willmar.