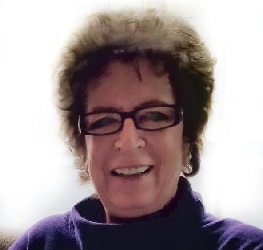 Loretta Fern Reck was born January 13, 1943 to Leonard and Maxine (Davis) Reck in Redwood Falls, MN.  During her childhood, the family moved to St. Louis Park and later to Osseo and finally settled on a farm site in Beaver Falls township where she attended country school north of North Redwood and then Lincoln High School in Redwood Falls, graduating in 1961.

Loretta worked at the Tastee Freeze for her parents and she also helped them on the mail route delivering mail to small area towns.  Loretta was one of the first employees hired when Control Data opened in Redwood Falls and worked there many years.

Loretta’s sister Peggy introduced her to her neighbor Don Haen and on September 29th, 1979 they were united in marriage at Holy Redeemer Catholic Church in Renville, MN.  Their union was blessed with a son, Joshua, born November 13th, 1980.

Loretta worked at the sugar beet plant in Renville for a few years, but mainly kept busy working on the farm with Don and taking care of the homestead. Loretta loved to spend time with her family. She was very generous and kind and always willing to help others. Loretta traveled many places with her family with some of those special places being Ireland, Germany, Alaska, Arizona, Idaho, Utah, and Grand Tetons.

After Don passed away October 2015, Loretta spent more time staying in Minneapolis to be near her only son. She enjoyed this time and embraced city life. Loretta developed a love for the Chanhassen Dinner Theatre, rarely missing a new show on the mainstage. She had season theatre tickets for Broadway shows at the Orpheum for several years. Loretta enjoyed going to the Minnesota State Fair and Renaissance Festival almost every year. Loretta seemed to make friends quickly in the city and her favorite thing about all her adventures in the city was the people that she got to go with.

Loretta passed away at Abbot Northwestern in Minneapolis on Wednesday December 22, 2021 at the age of 78 with her son by her side. She is survived by her son Joshua of Minneapolis, siblings Vernon Reck of Brooklyn Center, Donna Turek of Isanti, Dennis (Lyla) Reck of LaSalle, CO, Audrey (Dennis) Domeier of Fairfax, Dianne (John) Curtis of Redwood Falls, Jean (Richard) Myers of Savage, Steve (Laurie) Reck of Farmington, and Peggy (Todd) Sherman of Franklin; sister-in-law Sandi Reck of Redwood Falls, and many nieces, nephews and friends.