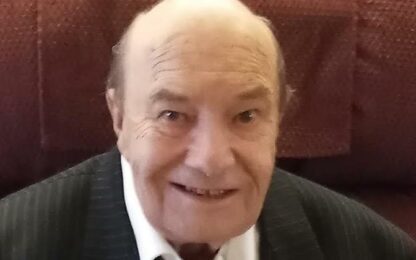 Lorenz “Gene” Eugene Wagner, age 78 of Fargo, ND formerly of Morton, passed away Thursday, November 18, 2021 at Sanford Hospital in Fargo.  Funeral Services will be held at 1:00 p.m. Tuesday, November 23, 2021 at Redwood Valley Funeral Home in Redwood Falls.  Visitation will be held one hour prior to the service at the funeral home on Tuesday.  A memorial service will be held at a later date in Fargo.  Interment will be in the Morton Cemetery.  Online condolences may be sent at www.stephensfuneralservice.com. Stephens Funeral Service – Redwood Valley Funeral Home is assisting the family with arrangements.

Lorenz “Gene” Eugene Wagner was born October 27, 1943 to Lorenz and Ella Mae (Brace) Wagner at their home in rural Morton, Minnesota.  Gene attended school in Minneapolis and then Morton, where he graduated from in 1963.  He continued his education at the Vo-Tech School in Pipestone and was later employed at Fort Ridgely and Buffalo River State Parks.  He also worked on pipeline construction with his brother-in-law Chuck.  Gene worked at numerous nurseries and then performed custodial duties at court houses.  He later was a custodian at North Dakota State University for 26 years, until his retirement in 2011.  Gene spent his last 50 plus years living in the Fargo/ Moorhead area. Gene enjoyed going out to eat, attending car shows and going fishing. You could often find him hanging out with his singles group, tending to his flowers or listening to music.  Gene was devoted to his family, church family, singles group and many friends.  He was always happy to spend time with his many nieces and nephews at family gatherings.

Gene is survived by his sisters: Darlene Martin, Vivian Fish, Joanne Wagner, LaVeda (Bob) Larsen, Berniece (Randy) Snyder and Brenda Wagner; many nieces and nephews; and many other relatives and friends. He is preceded in death by his parents, brother Danny, sisters Marlene Wagner and Juanita St. John, brothers-in-law Charles Martin and Tom Fish and nephews Danny Martin and Brian Larsen.