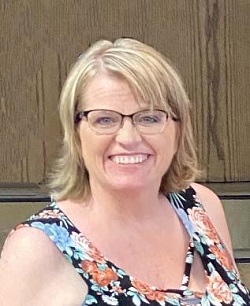 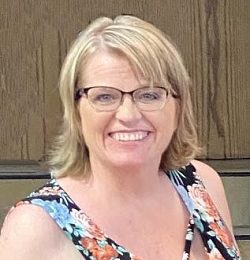 Service will be held at the United Methodist Church on Monday at 11:30 am.

The clergy will be Pastor Cathy Hoffbeck. Interment will be at the Lamberton Cemetery.

Lisa Minnie Davis was born on April 14, 1969, in Redwood Falls, MN the daughter of Morris and Sharon (Warner) Timm. Lisa was raised on their family farm near Lamberton and graduated from Lamberton High School in 1987. Lisa met her high school sweetheart Rob, during her sophomore year. Lisa always laughed and wondered if Rob would ever propose. One evening they were watching “Married with Children” and Lisa finally looked at Rob and said, “So, what do you think, should we get married?” And Rob said, “Sure, just tell me where I need to be and when.” And that’s how they got engaged! Lisa and Rob got married August 12, 1989, in Lamberton. They lived in several locations in and around the Lamberton area, until they moved to their forever home in 2001. They welcomed their first child Kali Rose into the world on February 7th, 1994. Then welcomed their 2nd child Colby Robert into the world on their anniversary, August 12th, 1996. Lisa and Rob worked side by side to create Rob’s Repair. Lisa also worked at Deputy Register in Springfield, Doug’s Auto in Lamberton, and Ed’s Repair in Springfield as a secretary. She was a member of Lamberton Auxiliary Post #41. During all this time, she was a stay-at-home mom on her days off. She also owned her own business Country Accents and had a little barn on the farm, where she made candles, smelly jellies, wax dipped bears, lip balm, and everything that smells nice. Lisa had that business until 2015.

Lisa was employed at Schwanke Engines as a part time secretary in Springfield until she broke her ankle in January of 2017. Lisa suffered a life altering stroke in February of 2017. After her stroke, she enjoyed many things which included, playing cards, playing her I-pad, doing puzzles, watching her Hallmark movies, and beating people in Tick-Stack-Toe. She had tons of bird feeders out the window and loved watching all the blue jays, robins, finches, orioles, and cardinals. She also loved snow, and that’s an understatement. When the first flake of snow hit the ground, she would be so ecstatic, her smile would say it all. Thunderstorms were another of her favorites and she got excited at the first rumble. Lisa enjoyed going fishing with Rob, whether it was on shore or in the fish house. She was getting better at going ice fishing, even though it wasn’t her favorite. Lisa’s children were her world, she would do anything for them. Whether it be cheering them on and supporting them at school events, giving advice or simply folding a big pile of laundry, she would be there any time they needed her. Lisa cherished her grandchildren Briella, Azalea and Raiden. When the grandchildren were around she would be grinning from ear to ear. She loved to play games with them, play on the I-pad with them, go for walks, or just spending time with them. Most of all she loved her husband Rob, with whom she shared 32 wonderful years of marriage. They enjoyed cruising around the countryside, playing I-pad games together and spending evenings in their recliners watching TV, their favorite being Yellowstone. Family and friends meant the world to her.

Lisa Minnie Davis died Wednesday, October 6th, 2021, at her home in Lamberton at the age of 52 years old.