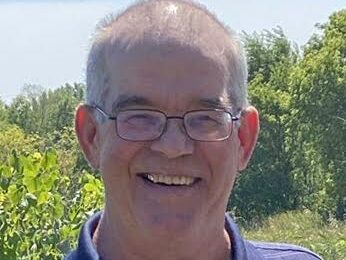 Leonard David Jenniges, age 64 of Wabasso, passed away unexpectedly Monday, December 13, 2021 at Avera Marshall Hospital.  Mass of Christian Burial will be held at 10:00 a.m. Friday, December 17, 2021 at St. Anne’s Catholic Church in Wabasso.  Visitation will be 4:00-7:00 p.m. Thursday, December 16 at the church with a prayer service at 7:00 p.m.  Visitation will continue one hour prior to the service at church on Friday.  Interment will be in the St. Anne’s Catholic Cemetery in Wabasso. Online condolences may be sent at www.stephensfuneralservice.com.  Stephens Funeral Service – Walnut Grove Funeral Home is assisting the family with arrangements.

Leonard David Jenniges was born May 1, 1957 to Vincent and Irene (Heinz) Jenniges in Redwood Falls, Minnesota.  He was a lifelong member of St. Anne’s Catholic Church where he received his sacraments.  Leonard attended St. Anne’s Catholic School until the eighth grade and then graduated from Wabasso High School in 1975.  On November 4, 1978, Leonard was united in marriage to Vicky Fischer at St. Anne’s Catholic Church.  Together the couple made their home in Wabasso and raised three sons, Derrick, Jacob and Isaac.  Leonard worked at Schult homes in Redwood Falls for over 30 years.  He coached youth basketball at St. Anne’s for many years, during this time he was able to coach all three of his sons and countless other youth.  Leonard was instrumental in bringing baseball back to Wabasso High School in 1994 and he was able to coach all three of his sons during their high school careers.  Leonard and Vicky enjoyed watching all three of their sons play college baseball and were staples at the Long Sox town team games in Lamberton for 20 plus years.  Leonard was a member of the Wabasso Lions Club.  He spent countless days hunting and fishing with his brothers, friends, sons and grandchildren.  Leonard’s main passion in life was spending time with his family and supporting his sons and grandchildren anyway he could.  He was a staple in the Wabasso community and will be missed.