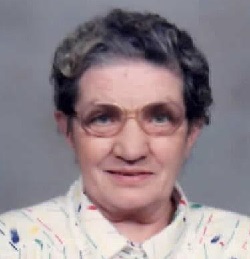 Lavon was born on April 22, 1926, to Emil and Esther (Schmidt) Rudenick, in Waterbury Township, Redwood County, MN.  She was baptized and confirmed at St. Matthew’s Lutheran Church.  She attended school in rural Wabasso.  Lavon was united in marriage to Herbert Werner on August 28, 1947.   She became a member of Bethany Lutheran Church.  The couple farmed in the New Avon Township until 1955 and then moved to Wabasso.