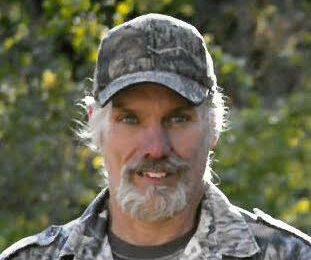 Larry Emerson Bell, age 70 of Delhi, passed away peacefully on Friday, November 12, 2021 surrounded by his children at Serenity Suites Hospice in Wabasso.  Visitation will be held from 4:00-7:00 p.m. Friday, December 3, 2021 at Redwood Valley Funeral Home in Redwood Falls with a prayer service at 6:45 p.m. Online condolences may be sent at www.stephensfuneralservice.com. Stephens Funeral Service – Redwood Valley Funeral Home is assisting the family with arrangements.

Larry Emerson Bell was born on June 5, 1951 to Lyle and Florence (Kayser) Emerson.  He was adopted prior to starting school by Dennis and Violet (Kayser) Bell of Delhi, Minnesota.  He attended grade school at Delhi Public School and graduated from Belview High School in 1969.  On June 12, 1971, he married Cynthia Raedel at First Presbyterian Church in Delhi. They lived in Belview and Redwood Falls prior to moving to their home in Delhi in 1977.  Throughout his young adult life, Larry worked for various farmers and also at the Delhi Elevator with his Dad, Dennis.   After graduating from high school, he worked for Specialty Engineering of Redwood Falls for 25 years becoming Night Shift Foreman until the plant closed.  He later worked for Heartland Wood Products of Belview, Warrior Manufacturing of Redwood Falls, Coleman Powermate and Daktronics until retiring in 2015.  On September 22, 2020, he was diagnosed with cancer.  During his last year of battling cancer, he warmed the hearts of many nurses, doctors, and those who took care of him with his kind hearted personality.   He loved to have a good time with family and friends and always providing laughter. Larry will always be remembered by others as a Classic Car Buff as he loved restoring old classic cars as a hobby.  Most will remember him by his all-time love of his 1955 Chevy Nomad. He loved attending car shows, hunting and fishing with family, restoring old cars with his son and watching all four of his grandchildren with all their activities.  If there was a school or life event, he was there. He was blessed with two children and four grandchildren whom he was so very proud of.  Larry and Cindy celebrated their 50th wedding anniversary this past year.   That was one milestone that he wanted to make sure to complete.  Larry and Cindy were always ready for going on adventures. They had planned to go to Maine for their 50th anniversary but were unable. They made it a goal every “nickel” anniversary to go on a big trip and see the country. They passed the mark of seeing more than 30 plus states together including some of the United States biggest monumental areas.  They always made sure to stop by the Harley Davidson shop to grab their collectible t shirts in which they would bring all their memories home to share with family and friends in their lives.  He loved his family more than anything and truly made each and every day full of laughter and fun.