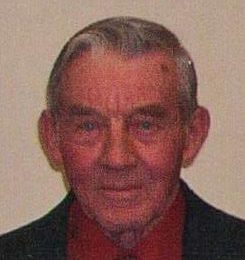 LaMoine “Tuffy” Meyer, age 90 of Tracy, passed away peacefully Wednesday, February 12, 2020 surrounded by his family at Prairie View Healthcare Center in Tracy. Funeral Services will be 11:00 a.m. Tuesday, February 18 at the Tracy Lutheran Church. Visitation will be 4:00-7:00 p.m. Monday at the Tracy Area Funeral Home with a prayer service at 6:30 p.m. Visitation will continue 1 hour prior to the service at church on Tuesday. Interment will be in the Tracy City Cemetery. Online condolences may be sent at www.stephensfuneralservice.com.  Stephens Funeral Service – Tracy Area Funeral Home is assisting the family with arrangements.

LaMoine “Tuffy” Hullstrom Meyer was born January 30, 1930 to Fred and Nellie (Hullstrom) Meyer on a farm near Twin Valley in Norman County, Minnesota. He was baptized in northern Minnesota and confirmed at Tracy Lutheran Church, when his family moved back to rural Tracy. Tuffy attended District 38 Country School just south of the family farm. As a young boy, having lived so close to the school, he oversaw getting the school furnace stoked up before class during the winter months. Tuffy went to high school at the age of 11, but soon opted to discontinue his education to help on the family farm. During his youth, he enjoyed helping his dad on the farm as well as hunting, trapping and horseback riding with his older brother Deane. At the age of 19, Tuffy joined the National Guard, attended boot camp at Fort Rucker, AL and attended MFSS school at Fort Sam Houston near San Antonio, TX, where he became an Army Medic. In 1952 he met the love of his life, Anita Lucy Bierl while she worked at Tracy Hospital. They were married on December 29, 1954 at the Tracy Catholic Church Rectory. Together they made their home on a farm east of Marshall until 1958 when they moved to the family farm south of Tracy. They worked side by side and raised their family. Tuffy’s life was turned upside down when Anita passed away in 2007. Without a doubt, Tuffy’s greatest joy was his farm and his family, who all loved and respected him tremendously. Tuffy was a member of Tracy Lutheran Church where he had been active as a trustee and usher. He also served on the Tracy Elevator Board and was a member of Tracy Lions Club. Tuffy enjoyed participating in the Tracy Bowling League, being a member of the American Legion for 70 years and as a member of the VFW. Tuffy was awarded Tracy Area Farmer of the Year and served as the Holly Township Clerk for many years.