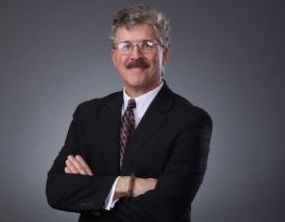 Kelly “KJ” Jean Maguire, age 60, passed away peacefully into the arms of his Lord on Friday, August 20, 2021, at his home in Arlington, VA after a yearlong battle with cancer.   He was born December 17, 1960, in Springfield, MN to Ronald “Mick” and Audree (Arneson) Maguire.

Kelly graduated in 1979 from Redwood Valley Senior High School.  After spending a year at Keele University in London he earned his BA from the University of Texas at San Antonio in 1987 and followed that with his MBA at Baylor University in Waco, TX in 1988.

After graduating from Baylor, Kelly found work in Las Vegas, NV.  Not long after arriving in Las Vegas he was joined by his mother, father and sister.  It was in Las Vegas where Kelly met his wife Kathryn and her son Justyn.  Almost two years after they married, along came their youngest, Marshal.

A great job offer in 2014 in the DC Metro area brought Kelly, Kathryn and Marshal to Arlington, Virginia leaving behind in Las Vegas his family and several great friends.

At the time of his passing, Kelly was a Director of Program Management for SAIC in DC and was a charismatic and incredibly talented leader with great integrity and a wonderful sense of humor.  He had an unbelievable ability to build teams and always left people better than he found them and displayed a wonderful knack for problem solving.   He was an intelligent kind, generous, thoughtful leader, mentor, and friend and will be missed by many.

He truly lived life to the fullest through simple pleasures; spending time with family and friends, fishing, hosting backyard barbeques and get togethers, fine cigars and cold brews and watching his favorite teams the MN Vikings and the Baylor Bears.

He is survived by the love of his life, his wife, Kathryn Lynn (Decker) Maguire of Arlington, VA; father Ronald Maguire and step mother Janice (Owen) Maguire of Las Vegas, NV;  mother Audree (Arneson) Maguire of Redwood Falls, MN; brother, David Maguire and his wife Kathy Gag of Redwood Falls MN; sons Justyn D. Patrick of Las Vegas, NV and Marshal E. Maguire of Arlington, VA; daughter Lindsay  of Elko, MN; three grandchildren and many nieces, nephews, cousins and other family and a multitude of friends who loved and adored him.

He was preceded in death by his sister, Kathy Marie (Maguire) Flinspach and all his grandparents.

Family, friends, and others whose lives Kelly touched are invited to a Celebration of Life at the Cherrydale Volunteer Fire Department, 3900 Lee Highway, Arlington, VA, from 3 p.m.-7 p.m. on Saturday, September 25, 2021.

Arrangements were handled by Direct Cremation Services of Virginia.

Condolences and memories may be sent online at: