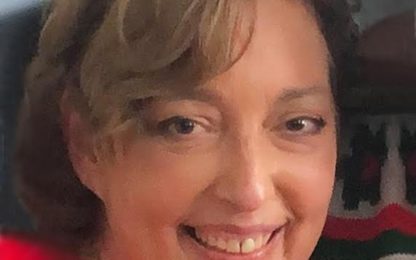 Kari Jo Lundberg, age 53 of Redwood Falls, passed away in Rochester Friday, June 11, 2021 after an extended illness.  Memorial Services will be held at 10:00 a.m. Saturday, June 19 at Christ’s Victory Lutheran Church in Redwood Falls.  Visitation will be 5:00-7:00 p.m. Friday at the church.  Visitation will continue one hour prior to the service at church on Saturday.  Online condolences may be sent at www.stephensfuneralservice.com. Stephens Funeral Service – Redwood Valley Funeral Home is assisting the family with arrangements.

Kari Jo Lundberg was born July 26, 1967 in Pennock, Minnesota to Donald and Carmen (DeRoo) Van Zee. She grew up in Pennock, then moved to a couple of farms just South of Sunburg.  She grew up helping on the family farm with dairy cow operations, and her chickens and horses. Kari enjoyed her horses as she was very involved with horse shows and even serving as the Kandiyohi County Dairy Princess in 1985. Kari loved playing her piano and was also a track runner, where a young man joined track just to chase her around in April of 1983. That young man finally caught that lovely girl and they were united in marriage on December 5, 1987.  The couple was married by Kari’s oldest brother, Todd, which also happened to be his first wedding that he conducted as a new minister. With this marriage, the couple was blessed with three boys Tyler, Zack, and Brenden. Kari Jo was a dedicated wife, mother, grandmother, daughter, sister, and friend to many. She cherished her time with her three boys and especially with her grandchildren; she never tried to spoil any of them. Kari loved to paint and decorate things around the house, inside and outside. She had an act of buying something at a garage sale and turning it into a piece of art. Kari also took great pride with her flowers; she got upset many times with Keith as he was out spraying for weeds. Kari enjoyed her summers by being at the lake.  She loved watching the kid’s swim, tube, hang out at the sandbar or just build a campfire to jump thru the smoke. Kari was such a Strong Christian Woman; she ministered in her own way to those that needed a “Little Lift Me Up”.  She had the act of knowing what just to say. Kari was also known to be the loudest cheerleader at the boys’ basketball games or BMX bike races.