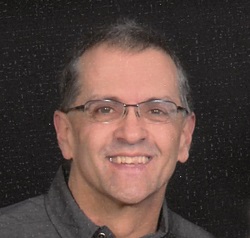 John Delmar Yearous, age 53 of Balaton, passed away Tuesday, February 1, 2022 at Avera McKennan Hospital in Sioux Falls.  Memorial Services will be held at 10:30 a.m. Saturday, February 5, 2022 at United Methodist Church in Balaton with a livestream on Stephens Funeral Service Facebook Page.  Visitation will be 5:00-7:00 p.m. Friday, February 4 at the church with a prayer service at 7:00 p.m.  Visitation will continue one hour prior to the service at church on Saturday.  Interment will be in the Lakeside Cemetery in Balaton. Online condolences may be sent at www.stephensfuneralservice.com.  Stephens Funeral Service – Tracy Area Funeral Home is assisting the family with arrangements.

John Delmar Yearous was born December 15, 1968 to Delmar and Virginia (Mortland) Yearous in Tyler, Minnesota.  In December 1970 his family moved to a farm southwest of Balaton.  There he grew up playing and working on the farm.  John attended school in Balaton and graduated in 1987.  There he played football, basketball and drums in the band.  He continued his education at Pipestone Vocational Technical (Vo-Tech) School and received a degree in accounting.  After working at Schwan’s in accounting for a few months, John decided office work wasn’t really for him.  John then worked at Diamond Clear Ice for a summer.  He later worked at Bayliner and was an “Orkin Man”.  He then worked at the Corn Plant, Cenex Harvest States in various positions for 20 years and then worked at Jarmers Hauling.  In October of 1992, he married Tasha Reese at S. Dionysius Catholic Church in Tyler.  The couple lived in Russell, then north of Lynd, and finally moved to a farm north of Lake Benton.  There they welcomed Lukas John and Jaxon Edward, the lights of John’s life.  John eventually moved to Ruthton and then to a farm place NE of Balaton.  The last year and a half he lived in Tracy. In 2012, John was diagnosed with the same disease that caused his father to receive a liver transplant.  He was evaluated for transplant, but John had other ideas.  His favorite past time was target shooting and deer hunting with his boys.  John loved watching movies and traveling.