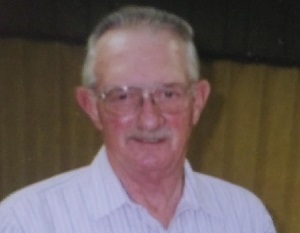 Jerome J. Schmit, age 85 of Redwood Falls, passed away peacefully on Wednesday, June 16, 2021, at Carris Health Redwood Seasons Hospice House.  The Mass of Christian Burial will be held at 11:00 a.m. on Thursday, June 24, 2021, at St. Catherine’s Catholic Church in Redwood Falls, MN.  Visitation will be on Wednesday, June 23, from 4:00-7:00 p.m. at Redwood Valley Funeral Home with a prayer service at 7:00 p.m.  Visitation will continue one hour prior to the funeral Mass.  Interment will be at the St. Catherine’s Catholic Cemetery.  Stephens Funeral Service – Redwood Valley Funeral Home is assisting the family with arrangements.  Online condolences may be sent at www.stephensfuneralservice.com.

Jerome J. Schmit was born October 24, 1935, to John and Ann (Hammerschmidt) Schmit in Nicollet, Minnesota.  He attended Wabasso Catholic School through eighth grade.  Jerome then started working as a hired hand before going to South Dakota to build pole barns with his father and brother.  He served in the U.S. Army and was stationed in Germany.  On November 4, 1961, he married Mary Jane Baune at the Catholic Church in DeGraff, MN.  The couple settled in Redwood Falls and Jerome worked for the State of Minnesota doing highway maintenance for over 35 years.  He was a hard worker and would take odd jobs to insure that he provided for his wife and four children.  Jerome had a knack for mechanics and often maintained his children’s cars.  Jerome had a sense of humor and liked family gatherings, enjoying spending time with his family and grandkids.  He looked forward to yearly family vacations at Lake Mary near Alexandria and the opportunity to go fishing there. In retirement he liked to play cards with friends at the Burger King in Redwood Falls.  Through the course of his life, Jerome was great at helping out family members in need.  Jerome was also a member of the American Legion.