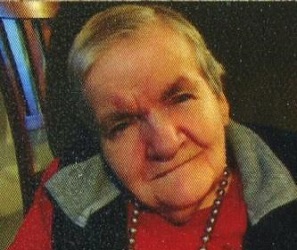 Janet Serbus, age 74, of Bird Island, MN died on Friday, October 8, 2021 at her home. A memorial service will be held on Saturday, November 6, 2021 at 11:00 a.m. at Dirks-Blem Funeral Home in Olivia. Burial will be in St. Mary’s Cemetery in Bechyn. Visitation will be one hour prior to the service.

Janet Marie Serbus was born on December 27, 1946 to Ernest and Gladys (White) Serbus in Sioux Falls, SD. She was the oldest of six children. Janet lived on the family farm south of Olivia until moving to Bird Island where she resided until she passed.

Janet is survived by her siblings: Eugene Serbus of Phoenix, AZ, Thomas Serbus of Willmar, MN, Sandy (and Doug) Lucas of St. Joseph, MO, and Gary Serbus (and fiancé Kari Hadler) of Olivia, MN; brother-in-law, Tim van der Hagen; and eight nieces and nephews. Janet was preceded in death by her parents, Ernest and Gladys; and her sister, Cheryl van der Hagen.