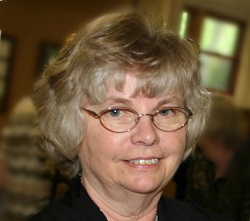 Janet Pauline Lund, 80, of Redwood Falls, MN passed away at home after a courageous battle with cancer on Sunday, September 26, 2021. A funeral service will be held at St. John Lutheran Church, Redwood Falls, on Saturday, October 2 at 2:00 pm. Visitation will be the hour prior to the service. The family is requesting no flowers. Memorials can be given to St. John Lutheran School in Redwood Falls. Online condolences may be sent at www.stephensfuneralservice.com. Stephens Funeral Service – Redwood Valley Funeral Home is assisting the family with arrangements.

Janet Pauline Lund was born July 2, 1941, at Union Hospital in New Ulm, Minnesota to Carl T. and Ethel Marian (Toren) Anderson. She grew up on a farm near Franklin, Minnesota. She was baptized July 14, 1941 at home and confirmed in Our Savior’s in Bird Island in 1955. She attended Bird Island public school and graduated in 1959. She graduated from the University of North Dakota and became a home economics teacher in Pillager, Belview, and Wabasso.  On February 12, 1966, she was united in marriage to Gary Wayne Lund at Swedlanda Lutheran Church in rural Hector. In 1967 Mark was born followed by Camille in 1968 and Bradley in 1971. When St. John’s Lutheran School opened in 1983, she became the kindergarten and preschool teacher until her retirement in 2006.  She was a long-time member of St. John Lutheran Church in Redwood Falls. Throughout her life, she enjoyed cooking, quilting, camping, spending time with her family, and people in general.  She loved the fact that she could introduce so many people as ‘my former student’. Her trips to Canada, New York, Sweden, and Alaska were among her favorites.

She was preceded in death by her parents, brothers and sisters-in-law, Jerome (Bernadine) Anderson and Harris (Betty) Anderson, son, Mark Lund, and nephew, Thomas Anderson. She is survived by her husband, Gary Lund, sister, Corrine (Ralph) Sander of Franklin and children, Camille (Conrad) Wyffels of New Ulm, and Brad (Dotty Schnobrich) Lund of Fairfax, and grandchildren, Alex, Brandon, and Annika Wyffels. She also has numerous special nieces and nephews.