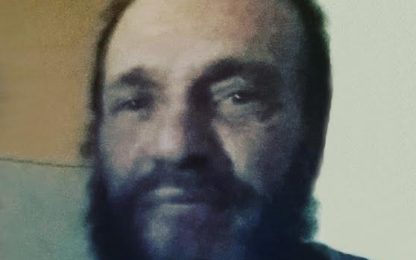 James “Jimmy” Fierro, age 61 of Redwood Falls, formerly of Turlock, CA, passed away Saturday, April 18, at his home.  Private services will be held at a later date.  Online condolences may be sent at www.stephensfuneralservice.com.  Stephens Funeral Service – Redwood Valley Funeral Home is assisting the family with arrangements.

James “Jimmy” Fierro was born June 22, 1958 in Turlock, California to Frank and Shirley (Greenwood) Fierro.  Jimmy was baptized in the Catholic faith and confirmed at the Turlock Catholic Church.  He attended Wakefield elementary school, and he graduated high school at the top of his class with honors. Jimmy had many skills but he mostly enjoyed working with his hands.  You could always find him laying floors or doing remodeling work.  He enjoyed fishing – some of his best times were spent at the river bottom.  He was a very skilled drum player and he received many awards for his skills, one of them he was most proud of was the best of the drum award!!  He enjoyed taking a piece of wood and Swindelling it into something beautiful.  He enjoyed making his grandchildren laugh and he always made sure to never let life get him down.  He was known by many and loved by many.

He is survived by his son Matt (Brittany) Fierro of Redwood Falls; grandchildren: Dimarie, Matt Jr, Evan, Makenzie, and Rolland; mother Shirley of Ceres, California; sisters: Sherry and Julie; and good friend Joel Knapp.  He is preceded in death by his father Frank, siblings: Susan, Sandy, Jennifer, and Tommy.