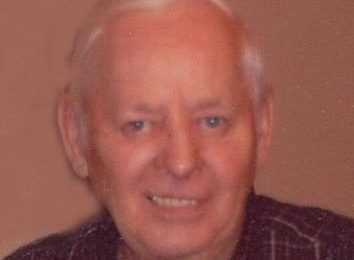 James “Jim” Albert Frank, age 79, of Olivia, MN died on Saturday, July 10, 2021 at the Olivia Nursing Home. Visitation will be on Monday, July 19, 2021 at Dirks-Blem Funeral Home in Olivia from 2-4 p.m. with a prayer service at 4 p.m.  Private family burial will follow in St. Aloysius Cemetery. Memorials are preferred to Renville County Hospice.

Jim was born on November 15, 1941, the third of ten children to William M. and Celestine “Sally” (Kopel) Frank. Jim received his First Communion and was confirmed at St. Mary’s Catholic Church in Bird Island. He graduated from St. Mary’s High School in 1959. Jim served in the United States Army as a medical lab technician. Upon his discharge he began farming with his father and brothers. On November 29, 1969, Jim married Barbara Eugeana Petsinger at St. John’s Catholic Church in Morton. They were blessed with one son Craig Allen, Jim spent his entire life in the Renville County area farming. He was a lector at St. Mary’s Church and a member of the Knights of Columbus, Jim enjoyed fishing, golfing, and many games of cards.

Jim is survived by his son, Craig of Olivia; brothers: Gene (Sandy) of Olivia, Larry (Carol) of Redwood Falls, Maynard of Bayfield, WI, John (Sandy) of Akeley; sisters: Marge Lootens of Brandon, SD, Josie Hollerung of Keller, TX, Celeste (Mike) Coudron of Marshall; sisters-in-law, Mary Frank of Kalispell, MT and Kathleen Frank of Olivia; and many nephews and nieces. Jim was preceded in death by his parents; wife, Barbara in 2012; brothers, Bill in 2020 and Bob in 2007; brothers-in-law, Don Lootens and Steve Hollerung; and nephew, Jonathan Frank.