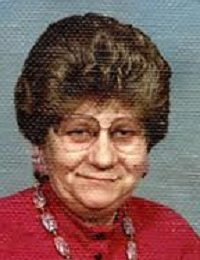 Memorial Services will be held Saturday September 5th at 2pm at Trinity Lutheran Church, Sleepy Eye, friends may call on the family from Noon to 2pm prior to the service.

COVID-19 rules and regulations will be followed.

Irene Gerda (Mauer) Schmitt was born on July 11, 1942 in Germany to Julian and Else (Strelow) Mauer. Irene attended nursing school in Germany and received the degree of “Doctor’s Assistant” on March 1, 1961. Nursing was a true calling for Irene. Irene was employed by the Sleepy Eye Municipal Hospital for over 30 years, during which she was awarded “Employee of the Year” in 2001.

Irene met her husband, Gerald D Schmitt, Sr in Mannheim, Germany while he was stationed there in the US Army. They were wed on January 29, 1965 and to this union 2 children were born, Gerald Jr, and Christine.

Family and faith were central to Irene’s life. Irene enjoyed knitting, crocheting, quilting, reading, flowers and attending the many activities of her grandchildren. She was a faithful member of Trinity Lutheran Church where she also served on the WELCA Board and was an active member of the church quilting group and other church activities. Irene was a member of the American Legion Auxiliary and the VFW Auxiliary. Being involved in the “Social Committee” for the Sleepy Eye Hospital, she made and donated an afghan for their raffle fundraiser every year.