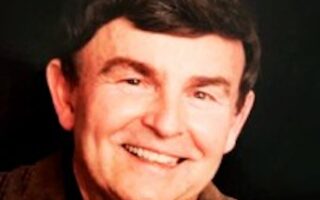 Gregory C. Bethke age 69, died peacefully on Thursday, January 19 with his family by his side after a 12-year battle with Alzheimer’s Disease. A funeral service is scheduled for Wednesday, January 25, 2023 at 11:00 AM at Crown of Life Ev. Lutheran Church, 115 Crusader Ave., West St. Paul, MN with visitation prior to the service starting at 10:00 AM. Greg is survived by his loving wife of 37 years, Linda Bethke; his daughters, Christine (Sam) Hunter of New Ulm, Danielle (Skylar) Schulz of St. Paul; his mother Elva Bethke of Redwood Falls; siblings Larry (Dana) Bethke of Phoenix, AZ, Jim Bethke of Redwood Falls, Charlotte (Jim) Dixon of Eloy, AZ., Marcia (Randy) Maland of Redwood Falls, Amy (Brian) Pendleton of Redwood Falls; and his grandchildren Nolan, Olive, Emmitt, and Elliot. He was preceded in death by his father, Charles. Gregory Charles Bethke was born March 17, 1953, in New Ulm, Minnesota to Charles and Elva (Stuber) Bethke. He was a graduate of Morton High School and UW-LaCrosse. He served his country proudly in the US Army, stationed in Heidelberg Germany as a Pershing missile laying specialist. He worked for TCF Bank for 33 years where he was known for his contagious laugh. He was also known as a man willing to serve others, often volunteering at his church and children’s school. Greg enjoyed traveling with his family on many adventures throughout the country, always with a cup of coffee in his hand and a smile on his face. Memorials preferred to the Alzheimer’s Association or Crown of Life Ev. Lutheran Church of West St. Paul, MN.