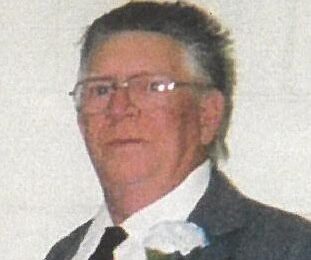 Gordon E. “Gordy” Burdick, age 86, of Hector, Minnesota, passed away on Wednesday, March 9, 2022 at Olivia Restorative Health Care Center in Olivia, MN. A public memorial service will be held at 12:00 p.m. on Thursday, March 17, 2022 at Gloria Dei Lutheran Church in Redwood Falls. A public visitation will be held from 11:00 a.m. until 12:00 p.m. at Gloria Dei Lutheran Church on Thursday. Burial will take place at a later date. The family of Gordon is requesting that all individuals who attend to please wear a mask.

Gordy was born on July 26, 1935 to Clark and Clara (Schulz) Burdick in New Ulm, MN. He was baptized as a Lutheran. He grew up in North Redwood, MN. Gordy married Verlynn Schwantes in 1965 and together they raised a daughter, Vicky, and a son, Daniel.

Gordy only went to school through the 6th grade & while he was a teenager he worked on nearby farms & helped fix cars. He worked as a delivery driver for a uniform cleaning company as well as a plant nursery. After having kids he was an auto body man, fixing and painting vehicles for Plowman’s Ford in Hutchinson, Andre’s Forein in Lester Prairie & Valley/Wigen Chevrolet in Hutchinson.

Gordy had many artistic talents. He created many paintings of wildlife through the years. He also handmade some deer & turkey decoys from scratch – he was an archer & would use these while hunting. He enjoyed making nut houses for the squirrels in his yard & kept them full through the winter. Every once in a while he played the harmonica.

Gordy loved the outdoors – he used to take his motorcycle for rides years ago & would give his kids a ride in the sidecar he built. He enjoyed snowmobile rides and went fishing year-round. He hunted deer, turkey, bear, and trapped rabbits and beaver. He especially enjoyed gardening. Last year he had over 50 tomato plants in his garden, as well as some peanut plants, among many other things. His joking nature & story-telling talents will be dearly missed.