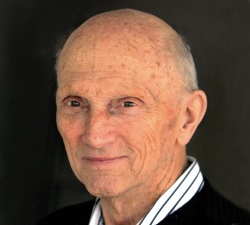 Glendon Zachow, age 85 of Redwood Falls, passed away peacefully with family at his side Tuesday, May 10, 2022 at his home.  Funeral Services will be held at 10:30 a.m. Saturday, May 14, 2022 at Northwood Church in Redwood Falls.  Visitation will be 5:00-7:00 p.m. Friday, May 13 at Northwood Church.  Visitation will continue one hour prior to the service at church on Saturday.  Interment will be in the Peace Memorial Garden.  Online condolences may be sent at www.stephensfuneralservice.com. Stephens Funeral Service – Redwood Valley Funeral Home is assisting the family with arrangements.

Glendon James Zachow was born July 27, 1936 to Albert and Pearl (Becker) Zachow in Henryville Township, Renville County, Minnesota. He attended several country schools and later graduated from Redwood Falls High School. On October 5, 1956, he married the love of his life, Ruth Johnson. They were blessed with three children, 11 grandchildren and 22 great grandchildren. Glendon managed the Holiday Station and later worked as a custodian at Redwood Valley Schools. Glendon was a hard worker and instilled that in all of his children.  There wasn’t a job he didn’t enjoy.  He enjoyed watching sports, especially the Minnesota Twins and Vikings. You could always find him cheering for Leroy at his baseball games. Glendon enjoyed hunting and trapping. His favorite place to be was alone in the woods. He trapped right up until his last year and taught all his kids and grandkids how to shoot and hunt. Glendon loved music, singing and baking cookies. Baking cookies became a ministry for him and for many years he gave trays of cookies to friends, businesses or anybody he met in the park. He took it upon himself daily to keep the park across from his house clean along with his house.