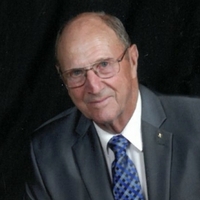 Glen Richard Bock was born on December 15, 1933, at the family home in Vail Township of rural Wabasso to Richard and Alma (Weber) Bock. He grew up on the family farm and attended Wabasso Public School, graduating in 1951.

After high school, Glen worked in construction, traveling the Midwest building commercial pole structures. In 1954, he joined the United States Army and served for three years, stationed in Germany.

In 1957, Glen was united in marriage to the love of his life, Shirley Kaiser, in Lamberton. The couple lived in the Twin Cities, Redwood Falls, and Faribault, where Glen worked construction with Shirley’s brothers before moving to a farm near Wabasso in 1964. Glen farmed many years before the couple moved into Wabasso in 2011.

Glen had a passion for farming and enjoyed spending time with his family. Glen and Shirley spent 20 winters in Arizona, where they played in a pinochle club. Glen enjoyed playing softball and managing the softball team in Arizona and golfing. Together they enjoyed traveling and explored many destinations in the USA and abroad.

Glen served on the board of Meadowland many years, the St. Matthew Lutheran Church Council and was an active Wabasso Lions member.