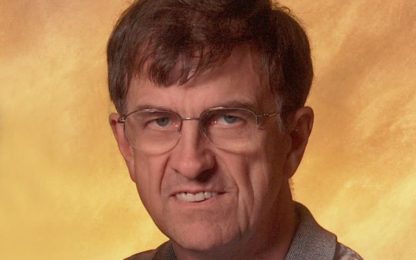 Gerald “Jerry” D. Trullinger, age 73 of Redwood Falls, formerly of Eagan, passed away Saturday, June 6, 2020 at his home, following a battle with ALS.  Given the current COVID-19 limitations, Funeral Services will be held at 2:30 p.m. on Friday, June 12 at the Redwood Falls Cemetery.  Please bring your own chair and follow social distancing guidelines. Visitation will be held at 1:00 p.m. Friday at the Redwood Valley Funeral Home. The service will be broadcast on the Stephens Funeral Service Facebook page. Facebook link may be found and online condolences may be sent at www.stephensfuneralservice.com.  Memorials are preferred to ALS Association, Redwood Area Hospice, or Gloria Dei Lutheran Church of Redwood Falls. Stephens Funeral Service – Redwood Valley Funeral Home is assisting the family with arrangements.

Gerald “Jerry” D. Trullinger was born March 20, 1947 in Madelia, Minnesota to Roy and Ragna (Jorgenson) Trullinger.  He was baptized on October 21, 1947 and confirmed in 1964.  He attended and graduated from high school in Madelia.  He then attended Augsburg College for one year before enlisting in the US Marine Corps in 1967.  He served in Vietnam for thirteen months and then was stationed in San Diego, CA.  Following his military service, he returned to Minnesota to further his education.  Jerry attended Mankato State University before transferring to the U of M in Minneapolis to complete his degree in engineering.  Jerry married Linda Mikkelson on August 21, 1971 and they were blessed with two sons.  The young family made their home in Eagan, Minnesota for over 20 years.  In 1995, Jerry accepted a job at Zytec in Redwood Falls where he and Linda have resided since.  Jerry loved all sports, and played on many softball and baseball teams, and coached many youth teams.  He loved golfing and participated in various leagues.  His love for music and singing ran deep, and he sang in the church choir and also with the Southwest Minnesota Men’s Chorus.  Nearly every day, Jerry walked the trails of Ramsey Park and enjoyed the beauty they had to offer.  He loved bird watching, tinkering, and fixing anything that needed repair.  He was a whiz at Sudoku puzzles.  Jerry truly loved life, and despite his diagnosis of ALS in October 2018, he fearlessly faced the challenges it presented.