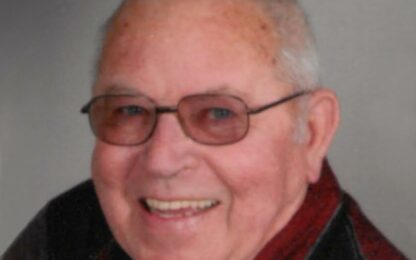 Gerald “Gerry” Snyder was born November 10, 1941 in Willmar, Minnesota to Gerald R. and Lorraine (Parker) Snyder. He graduated from Milroy High School. Gerry served in the U.S. Air Force from 1959-1963, and was stationed for three years in Germany. Following his time in the service, Gerry met Ruth Snyder, and they were married on March 21, 1964 in Marshall, MN. Together they made their home near Milroy, where they farmed and Gerry was an over-the-road truck driver for many years. Gerry and Ruth settled at their lake home and Gerry worked as a heavy equipment mechanic until his retirement. He was a member of the Milroy Lions, and enjoyed reading, fishing, and woodworking. Gerry could often be found tinkering in his shop. He had a special fondness for trains. Gerry and Ruth spent time traveling, including many trips to Washington state to visit family. Gerry especially loved spending time with his grandchildren and great-grandchildren.