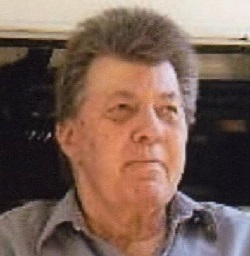 Gerald Henry Boklep was born on January 26, 1940, in Echo, MN, to Henry and Hazel (Schmidt) Boklep.  He grew up, attended school and graduated from Belview High School.  Gerald served in the U. S. Army and was honorably discharged in 1964.  On March 22, 1980, he was united in marriage to Brenda Schmidt at St. Catherine’s Catholic Church in Redwood Falls, MN.  The couple lived and made their home in Cottonwood.  Gerald worked for Ross’s Lumber Company in Cottonwood, later for Northwest Pipe Fitting in Marshall, and then as a Postal Carrier for the U.S. Postal Service.

Gerald was an avid outdoorsman.  He enjoyed hunting, fishing, camping and spending time with his grandchildren.  After suffering a stroke in 2008, Gerald was cared for attentively by his loving wife until moving to the Minneota Manor in January of 2021.  Recently, he moved to the Barrett Care Center in Barrett, MN, to be closer to family.