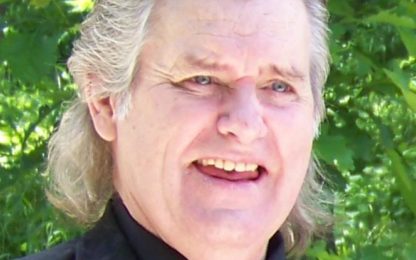 Gary Stolp, age 68 of Milroy, passed away peacefully Saturday, March 7, while surrounded by family.  A Celebration of Life will be held 5:00-8:00 p.m. Thursday, March 12 at Tracy Area Funeral Home with a time of sharing at 8:00p.m.  Online condolences may be sent at www.stephensfuneralservice.com.  Stephens Funeral Service – Tracy Area Funeral Home is assisting the family with arrangements.

Gary Dean Stolp was born July 30, 1951 to Don and Lorraine (Ludwig) Stolp in Marshall, Minnesota.  He graduated from Milroy High School in 1969 and continued his education at Jackson Vo-Tech College. In his earlier years of life, he worked in coal mines in Wyoming. Gary then returned to Minnesota and worked construction, owning his own company for many years before retiring. He enjoyed hunting, fishing, camping, and snowmobiling. Gary spent many days playing cards, bowling, and riding his motorcycle.  He loved spending time with friends and family, especially his grandchildren. Gary’s family wishes to thank you for your sympathy and prayers.  They greatly appreciate all of the kind words, memories, and for the time spent with them.  Your support and sympathy will never be forgotten.