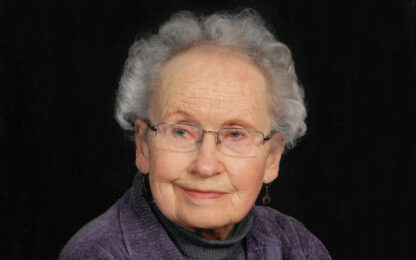 Eunice Elizabeth Kassel, age 96 of Walnut Grove, passed away Thursday, February 24, 2022 at Sanford Tracy Medical Center in Tracy. Funeral Services will be held at 1:00 p.m. Wednesday, March 2, 2022 at Walnut Grove United Methodist Church. Visitation will be held one hour prior to the service at church. Interment is in the Walnut Grove Cemetery. Online condolences may be sent at www.stephensfuneralservice.com.  Stephens Funeral Service – Walnut Grove Funeral Home is assisting the family with arrangements.

Eunice Elizabeth (Melheim) Kassel was born June 1, 1925 to Joseph and Hannah (Stenmark) Melheim in Butterfield, Minnesota. She was baptized and confirmed in the Lutheran faith. Eunice graduated from Butterfield High School and Mankato Business School. On June 12, 1947, Eunice married Bud Linscheid and they made their home in Walnut Grove. Their marriage was blessed with four children. Bud died in 1965. Ten years later, Eunice was united in marriage to Dale Kassel. They made their home on his farm place. In 1986, Eunice and Dale moved to her house in Walnut Grove, and then enjoyed traveling together. Eunice worked for the Walnut Grove Tribune and Lantz Law Office. For 25 years, she was a Post Office Clerk. She was the United Methodist Treasurer for 30 years, and a 50 year 20th Century Member. Her family and her faith were most important to Eunice. Volunteering, baking, cooking, and letter-writing were also important and life-giving. Eunice’s children enjoyed tea, coffee, and treat time with her, which allowed them to share thoughts and plans; always thankful for the time God provided. Eunice lived at Country View for three years until the day angels carried her to Heaven.