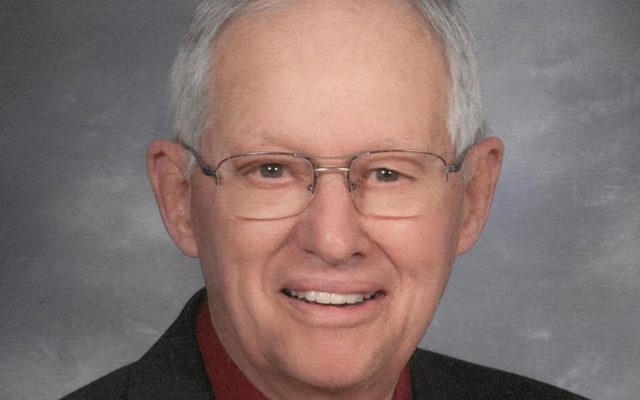 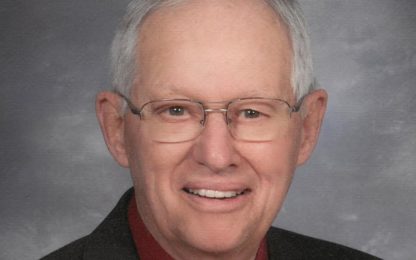 Eugene Bert Hook, age 88 of Tracy, passed away peacefully, Tuesday, January 12, 2021 at Sanford Tracy Hospital with his family by his side.  Private family services will be held with a Facebook Live Sunday, January 17, 2021 at 2:00 p.m. on Stephens Funeral Service Facebook Page.  Interment will be in the Tracy City Cemetery. Facebook link may be found and online condolences may be sent at www.stephensfuneralservice.com.  Stephens Funeral Service – Tracy Area Funeral Home is assisting the family with arrangements.

Eugene Bert Hook was born November 16, 1932 to Bert Eugene and Agnes Duella (Carlson) Hook on the farm north of Tracy, Minnesota. On February 24, 1946, he accepted Jesus Christ as his personal Lord and Savior while being baptized by immersion at Lake Sarah Baptist Church, along with his dad and sister. Eugene graduated from Tracy High School in 1950 and graduated from the University of Minnesota with an Agronomy degree in 1954. He served his country in the U.S. Army as he was based in Europe during the Korean conflict from 1954 thru 1956. On September 15, 1956, he married the love of his life, Mary Alice Towler, in Redwood Falls, MN.  Eugene and Mary Alice started their American dream in a small apartment in Tracy and later moved to the present farm north of Tracy to form a busines partnership with Bert and Agnes. Eugene was a third-generation farmer on the family farm founded in 1900 in Lyon County. He personally witnessed the transformation and advances of the ag industry from horse drawn cultivators to GPS guided tractors. He embraced the “Green Revolution” innovated by Norma Borlaug and heartily accepted his role to feed a growing world. He was a lifelong student of agriculture and traveled across the country to learn new ag advancements and share ideas with fellow producers. Eugene was an early adopter of soil testing, soil conservation, Farm Management record keeping, hybrid seed corn, University certified soybean varieties, artificial insemination, bovine embryo transfer and live ultrasound for beef carcass traits. While Eugene loved agriculture, he and Mary Alice had a passion for public service and serving others. They were strong supporters of youth programs such as 4-H, FFA and the United Methodist Youth Fellowship. The duo of Eugene and Mary Alice were always ready to lead a 4-H Club, raise funds for FFA events and enhance the spiritual growth of youth in the Tracy area. They were a great team that helped raise and inspire multiple generations of youth in SW Minnesota. Eugene loved people and solving challenging problems. His view of the future was almost always positive. His greatest personal skill was never holding a grudge, especially after a heated debate. He treasured his service with the Tracy United Methodist Church and his calm and consistent demeanor led to decades of serving as the church lay leader and a lifetime of friends gained while at the Annual Conference. He loved math and bookkeeping, which led to him serving as Treasurer for multiple service organizations, commodity groups and the Minnesota Simmental Association. Eugene was an avid Minnesota Gopher fan and loved taking his grandchildren on outings to Gopher athletic events, especially football and women’s basketball. He really enjoyed his U of M college experience and still kept in touch with friends made nearly seven decades ago. He was very active in the University of Minnesota Alumni Assn. raising scholarship funds and donating time for anything “Maroon and Gold”. For his efforts and commitment, he was named the U of M Outstanding Alumni Volunteer of the year in 2000. While life yielded many accolades, Eugene’s greatest accomplishment was being a wonderful husband, father and grandfather. He modeled integrity, faithfulness, forgiveness and a level of commitment that left a legacy for future generations.