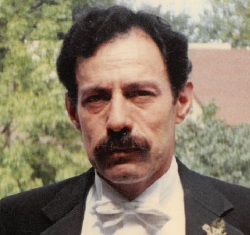 Edmond “Ed” Clarence Radermacher, the son of Hubert and Alice (Nenow) Radermacher, was born November 3, 1942 in Madison, Minnesota, where he also attended high school. In the early 1960’s, Ed served one term with the National Guard in Madison. On October 4, 1969, Ed married Carol Lea Winters, together moving to Montevideo. In July, 1970 they welcomed their son Richard Radermacher and in August, 1971 their daughter Amy Radermacher. At that time, Ed worked for Roodey Thompson Salvage Yard in Milan. He later started a career with Art Ree Motor and then became employed at Bitner-n-Ward until 1984 when he decided to become self-employed, opening an auto mechanic shop. On February 12, 1993 he was remarried to Beverly Brockway, residing in Beaver Falls together, until her passing on May 9, 2017.

Ed loved to jabber to people, it did not matter who you were, or if he knew you or not! He was a very intelligent man, who was very passionate about animals. Many would say that if he could bring an elephant home with him, he would.

He was preceded in death by his parents, Hubert and Alice Radermacher; his first wife, Carol Lea Winters and his second wife, Beverly (Brockway) Radermacher.