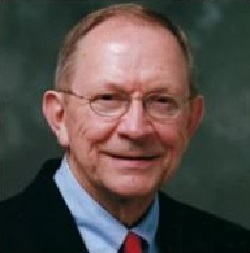 Jerry was born March 1, 1937, in North Redwood, Minnesota, one of four children of Elmer and  Florence (Draeger) Becker. Jerry is survived by his wife of more than 62 years, Tedda (Matson)  Becker, and their three children, Alison (Eric) Schmulbach, Jeffrey (Renee), and Brian, as well  as twelve grandchildren and three great-grandchildren. He was preceded in death by both  parents, his brother, Robert, and his sister, Ramona. He is survived by one brother, Reginald,  and several cousins, nieces, and nephews.

During his early career in education, Jerry taught mathematics at the middle school and high  school levels before starting his long career in academia. He held faculty positions at Rutgers  University and Northern Illinois University before joining the faculty at Southern Illinois  University, Carbondale in 1979. Jerry served on the faculty for more than 40 years, leading  doctoral and master’s degree students and countless undergraduate students in addition to  international scholars and math teachers from across the state. He remained an active member  of the faculty until the time of his death. His legacy and passion for teaching live on through the  students and teachers whose lives he touched. His impact on mathematics education is,  ironically, incalculable.

For more than 20 years Jerry also taught a 4-week summer institute at the University of Chicago  with a focus on continuing education for Chicago area public school teachers. The institutes  were well attended, reaching more than 75 teachers each year.

In the global arena, Jerry organized two U.S.-Japan seminars on Mathematical Problem Solving  and Computers and one with Japan and China featuring leading educators from all three  countries. The results of these seminars have been repeatedly referenced by experts following  the publication of proceedings in the 1980s. Jerry was the world’s lone mathematics educator  to have attended each of the 13 International Congresses on Mathematics Education, held  quadrennially since 1952. Jerry presented lectures in Germany, Korea, Singapore, China, and  Japan and authored a litany of articles published in internationally refereed journals. He also  authored books and chapters of books, most recently just completing a collaborative effort with  Australian scholars, titled “A History of Mathematics Education.” Until his passing, Jerry also

shared updates and new findings relative to mathematics education with colleagues, educators,  and students globally via more than a dozen email distribution lists.

In 2021, Jerry received the Distinguished Life Achievement in Mathematics Award from the  Illinois Council of Teachers of Mathematics and was the recipient of a Distinguished Alumni  Award from the College of Education and Human Development at the University of  Minnesota. Within the last two years, two endowed fellowships were created in his honor, one  at Rutgers University with an initial contribution by a former student, and another at the  University of Minnesota, with an initial contribution by an anonymous benefactor. Jerry was  delighted to meet the inaugural fellowship recipients earlier this spring.

Beyond his passion for teaching, Jerry also enjoyed attending Saluki football and basketball  games and following the St. Louis Cardinals, the Notre Dame Fighting Irish, and Stanford  University Cardinal. He especially loved his Golden Gophers of the University of Minnesota.

Jerry will be remembered not only for his passion for mathematics education but for his integrity,  genuine kindness, quiet thoughtfulness, smile, and sense of humor. Jerry’s love of family  encompassed both his immediate and large extended family in Minnesota.

Arrangements are being handled by Crain Funeral Home, Murphysboro. A private celebration  of life may be held at a later date.